I’m gonna be real honest with you for a second. Sometimes kids games bore me to tears. Seriously, one can only play Pretty, Pretty Princess so many times before going Manic, Manic Mommy. Once in a while, however, a kids game comes along that is so entertaining that I love it almost as much as the kids. Sum Swamp, by Learning Resources, is one of those rare games.

Sum Swamp features simple game play. Players roll three dice, two numbers (1-6) and a function (+ or -). The player arranges them big number, function, smaller number. If the player is correct the move ahead the number of the answer (for instance, 4-2 = 2, the player moves forward 2). Incorrect answers mean no forward movement.

There are several hazard spaces on the board that will send you forward or backward depending on the result of a bonus roll & there are several shortcut spaces. Our favorite part of the game board is the “Endless Loop”, where you might want to be prepared to spend a fair amount of time.

What Do My Children Learn When They Play Sum Swamp?

Mental Math & Recall – Sum Swamp is the perfect choice to introduce children to doing math without paper and pencil.

Turn taking – Patience is a virtue when your opponent has to do mental math!

-Try throwing in an extra die or two for double digit addition and subtraction.
-Try multiplying instead of adding.
-Instead of subtraction use the – sign as a vinculum (that’s a fancy word meaning “the line in a fraction”) to practice converting irregular fractions

Reading: Your child does not need reading skills to play Sum Swamp

Math: Your child should be familiar with numbers 0-12 to play and play isn’t affected if you help your child count.

Attention: Sum Swamp can be a very long game if you get caught in the Endless Loop. We have a “three circles” mercy rule if the kids are getting irritated, if you circle the swamp three times you’re allowed to leave without rolling the correct number. You could even add some extra challenge to it by encouraging players to earn passage through the loop by answering a more complicated question (double the answer! Divide the answer by two! What is the answer times zero?)

Board Games That Teach History

Board Games That Teach Chemistry 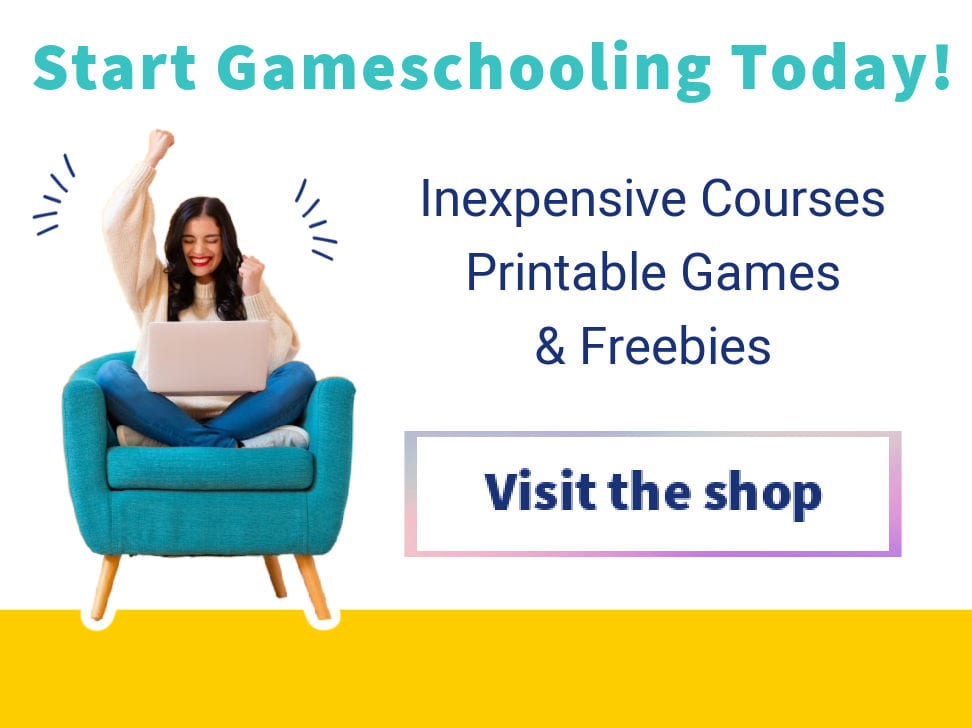